Stardock Games have released the third expansion for Galactic Civilizations III, possibly my favourite franchise, as I have all version and have put countless hours into them.

Not that I need an excuse to get a new game of GC3 up and running but to get the new content will make this even more enjoyable I think. So I guess a new Now Playing post will be on its way soon.

ABOUT THIS CONTENT
What started as a crusade has become a war of retribution.

Across the galaxy, ancient alien artifacts are being discovered, giving civilizations powerful new capabilities. Meanwhile, as civilizations try to carefully balance building an economy, funding an ever growing war machine, and engaging in diplomacy, the humans of Sol III have invented a game-changing new technology – Hypergates – which, when connected, allow for rapid transit across the galaxy.

With two new major civilizations and the concluding campaign to the Galactic Civilizations III backstory that serves this massive space 4X sandbox game, Retribution asks the question: How will you rule your galaxy?
Features
Artifacts – Powerful items buried on planets across the galaxy will give your civilization instant-access to new abilities.
Hypergates – Construct powerful gateways that, when linked, allow your fleets to travel even faster across hyperspace.
New Major Civilizations – The Drath and the Korath are back! The manipulative Drath pull the strings across the galaxy while the Korath rely on extermination. Each has its own set of special abilities, bonuses, and ship parts.
Supply ships – No longer do your planets act just as islands in space. Supply ships can be constructed to deliver goods and services to your other planets to aid in their development.
New Technology Tree – A top to bottom overhaul of the technology tree adds depth and sharpens the strategic choices in your research options.
Retribution Campaign – The climactic final battle players have been waiting for. The malevolent Drengin Empire thought humans were soft and peace-loving. They made a terrible mistake that may now end in their extinction.

You can pick it up now on Steam and Green Man Gaming, which GMG is just a little cheaper. 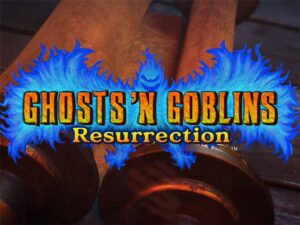 Scorpion Cockpit That I Didn’t Know I Needed…