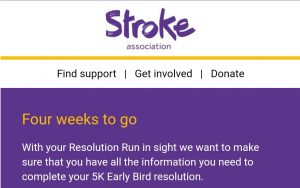 4 weeks to go, I really do need to get out and do some running.

END_OF_DOCUMENT_TOKEN_TO_BE_REPLACED

Continue Reading I really do need to get going My youngest has been playing SUBNAUTICA on the pc for a week or so now and has come up with the idea that he would like a fish tank in his bedroom. With the thoughts that this might help him at bedtimes, and also help him relax, we spent the weekend looking up tanks and visiting a few local Aquarium shops. 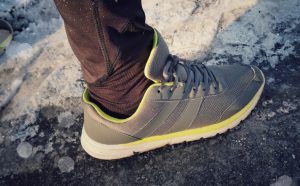 Thought as we have got into February and I still haven’t started running yet, it was about time.

END_OF_DOCUMENT_TOKEN_TO_BE_REPLACED On Thursday we were invited to the Life After Stroke Awards 2018 with Ryan, who was awarded a Young People's Courage Award certificate. This is his second year attending, but this year I also got go, and I must say it was very humbling. Some people have had to go through so much and have worked so hard to keep going. It wasn't just people who have had strokes, it also honored, helpers, fundraisers and people who work in the field of research.

It's now been just over two years since Ryan had his stroke, and I have mostly been quiet about what's been happening, so I think it's time for an update. 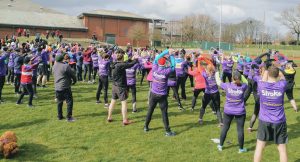 At the weekend we as a family ran 5k for the Stroke Association. As most of you who have visited my blog before will know my youngest had a stroke over a year ago. He wanted to do something to raise money for the charity that has help him and us with his recovery and understanding what has happened to him. 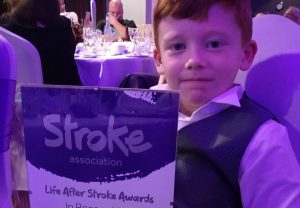 It's been over 10 months since my 8yr old had his stroke, and I would like to give an update to all the people that have asked, helped and shown concern and love for Ryan…

Continue Reading UPDATE ON MY SON (10 MONTHS ON) 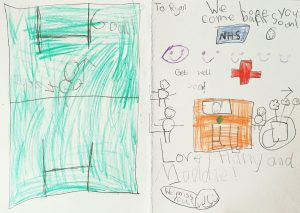 Last week Ryan received all these “get well soon” cards from his school friends. Such a lovely collection and very interesting pictures...... So proud of my youngest son, I don’t know how he’s kept going. And as I write this it’s his third going into fourth day in hospital….

Continue Reading MY SON IS TOO YOUNG FOR THIS TO HAPPEN…