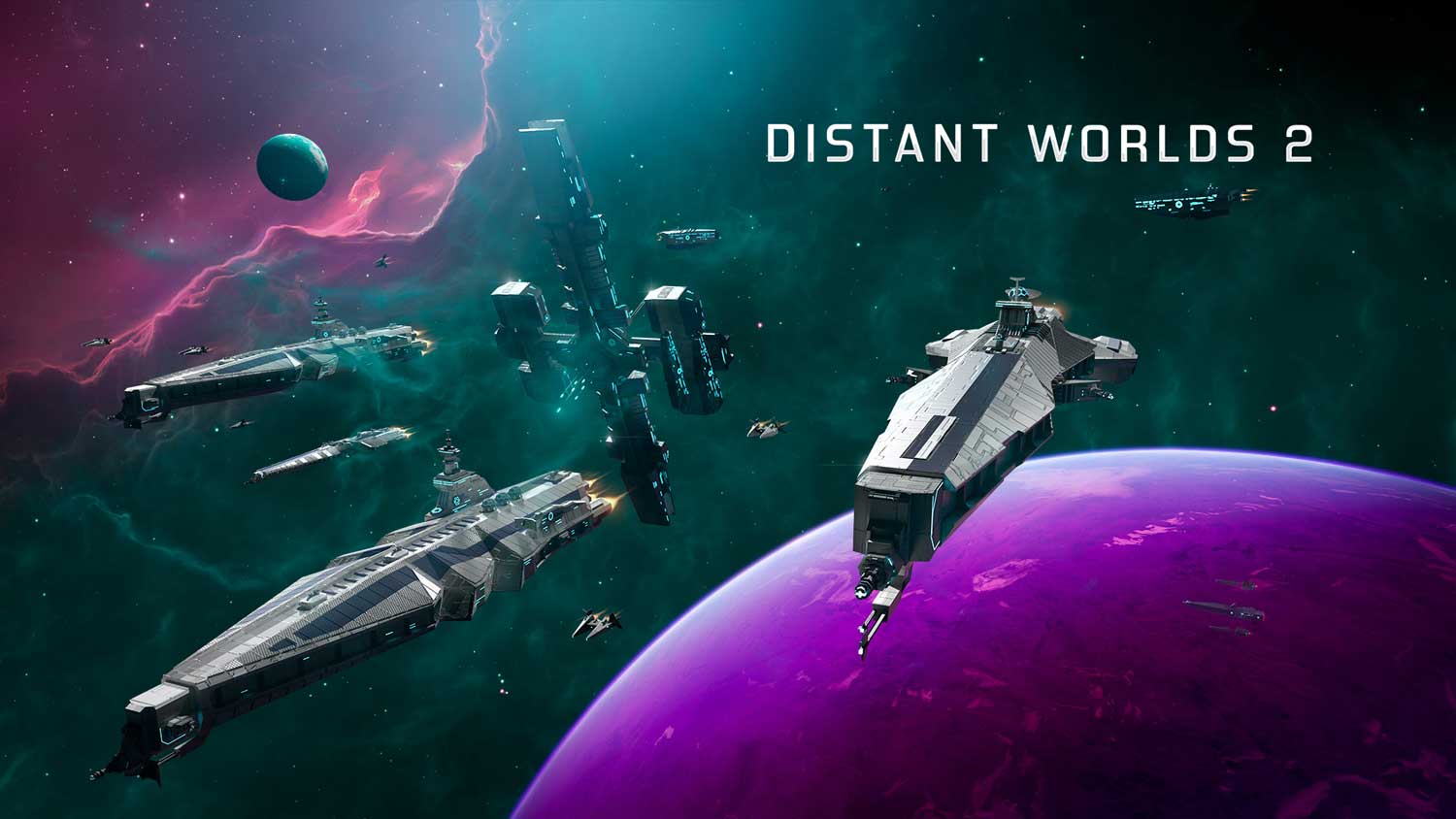 After about three years of knowing this was coming it has finally around. I’m a big fan of strategy games like Civilization and Galactic Civilizations, had all the versions and dlc, but the First Distant Worlds passed me by, so I was very late to it and picked up the Universe version, and must say I was totally lost. Even after watching many many tutorials, but loved the scope of it.

This time I’m here at day one for Distant Worlds 2. I have been watching the YouTube guys who had early access and picked it up on release.
I have only put a few hours into this, with a lot more to come, but once I get my head around most of the elements, I with do a play through on here as I think we can play it as an RPG.
Also looking forward to what the modding commuity do with this.. think it’s going to be great and can see me playing this for many years.. loving it so far.

TRULY EPIC-SCALE GALAXIES
Play in galaxies with up to 2,000 star systems and tens of thousands of planets, moons and asteroids. Vast nebula clouds spread out from the galactic core, shaping the distribution of star clusters in the galaxy.
PRIVATE ENTERPRISE
The private citizens of your empire automatically take care of mundane tasks like mining resources, transporting cargo, migration between colonies, tourism and much more. This frees you from micro-management and instead allows you to focus on a macro-scale.
INTELLIGENT AUTOMATION
Automate the various tasks in your empire, so that you can focus on the areas that you enjoy most. Or have your advisors make suggestions in different areas like colonization, defence or diplomacy – helping you learn the best tactics and strategies.
EXPLORE
Explore the vast galaxy, discovering valuable resources, potential colonies for your empire and making contact with other empires. Uncover secrets that lift the veil on the galaxy’s mysterious past…
EXPAND
Send out colony ships to found new worlds for your empire. Develop your new colonies by keeping them well-supplied with a steady stream of valuable resources.
DEFEND
Patrol the outlying areas of your empire to protect from raiding pirates or dangerous space monsters. Construct defensive bases at your colonies. Build up your fleets to defend against enemy empires. Recruit troops to invade enemy colonies and conquer the galaxy!
DIPLOMACY
Interact with other empires, discussing treaties, making trade offers or just giving them a piece of your mind. Talk to pirate factions, tapping into their underground information, or paying them to stay away from your worlds!
ESPIONAGE
Covertly seek out information about other empires, or even disrupt their progress with acts of sabotage.
RESEARCH
Develop new technologies for use in building your own unique ships and star bases.
CHARACTERS
Including Leaders, Admirals, Generals, Ambassadors, Spies and Scientists, all with defined skills and traits and the opportunity to advance and improve.
DESIGN AND BUILD
A very flexible system allows you to design and build the ships and star bases in your empire. Construct mighty military ships ranging from escorts to carriers and dreadnoughts at your space ports, or build mining stations, research installations or secret monitoring facilities at remote locations throughout the galaxy.
CHOOSE YOUR PLAYSTYLE
Start with a single planet and sub-light ships, or as an established space-faring civilization with warp drives. Play as a galaxy-spanning Empire, with many adjustable victory conditions and gameplay choices depending on your actions.

Distand Worlds 2 on the Steam Store.

I got my versions from Cdkeys at £10 less…

What am I playing?

We use cookies on our website to give you the most relevant experience by remembering your preferences and repeat visits. By clicking “Accept All”, you consent to the use of ALL the cookies. However, you may visit "Cookie Settings" to provide a controlled consent.
Cookie SettingsAccept All
Manage consent

This website uses cookies to improve your experience while you navigate through the website. Out of these, the cookies that are categorized as necessary are stored on your browser as they are essential for the working of basic functionalities of the website. We also use third-party cookies that help us analyze and understand how you use this website. These cookies will be stored in your browser only with your consent. You also have the option to opt-out of these cookies. But opting out of some of these cookies may affect your browsing experience.
Necessary Always Enabled
Necessary cookies are absolutely essential for the website to function properly. These cookies ensure basic functionalities and security features of the website, anonymously.
Functional
Functional cookies help to perform certain functionalities like sharing the content of the website on social media platforms, collect feedbacks, and other third-party features.
Performance
Performance cookies are used to understand and analyze the key performance indexes of the website which helps in delivering a better user experience for the visitors.
Analytics
Analytical cookies are used to understand how visitors interact with the website. These cookies help provide information on metrics the number of visitors, bounce rate, traffic source, etc.
Advertisement
Advertisement cookies are used to provide visitors with relevant ads and marketing campaigns. These cookies track visitors across websites and collect information to provide customized ads.
Others
Other uncategorized cookies are those that are being analyzed and have not been classified into a category as yet.
SAVE & ACCEPT