New book to read. Nipped into my local library at the weekend and re-registered my account to take books out again, guess it’s been a few years since I used the library. Came across this “Smells Like Finn Spirit”. Thought I would give it a go as the blurb sounded like my kinda of read. Not hear of the author or of any other of his books, but you have to try new news now and again.

Unfortunately I only found out after picking this one up that there has been two more before this one, but I’m sure I can still enjoy without needing the first two.

Just for the record, so far….

Finn’s re-adaptation to the human world is not going so well. He’s got a great girlfriend, and is figuring out how things like the internet work, but he is still carrying the disembodied personality of Alynon, Prince of the Silver Demesne, the fae who had occupied his body during his imprisonment. And he’s not getting along at all with his older brother. And oh, by the way, his dead grandfather is still trying to possess him in order to bring about Armageddon. 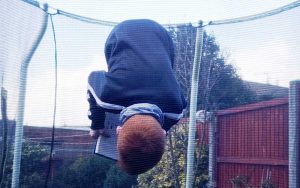